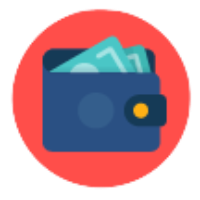 Pete believes that he has examples of a security from Singapore that is traded on a specific exchange with multiple tick sizes, each of which has a different ticker symbol, and will share that as time permits.  Elisa thinks this is likely an anomaly, rather than evidence of a problem with the definitions we have, but will ask various SMEs.

In the US, the market maker determines the lot size, but the ticker symbol for that listed security on that exchange does not change. For example, if you look at the offer history for various stocks on S&P, for any listed security there is only one ticker, although various market makers may have different lot sizes that they make that exchange-traded share available under.  The market maker is the broker/dealer, not the exchange.  Lot sizes are determined based on a combination of the market maker and exchange. They are determined by the rules of the exchange and by the conditions set by the market maker.  Many of the rules under which they operate are also set by the SEC.  The ticker symbol is decided by the exchange, not by the market maker, although the issuer may have the opportunity to weigh in/request a specific ticker symbol. Examples of offers of shares where the lot size differed but the ticker did not change include, for example, deals for Citi stock during/after the crash when Warren Buffet and a Saudi prince bought Citi stock to bolster the company up (new issuance, same ticker, different lot sizes but same exchange).

You also have examples where the exchange can/does trade the same line in different currencies. See that alot with the London SE. In those cases its 2 separate tickers, separate id135/145 however the London examples there is usually a different ISIN for the currencies so they would NOT share the same ID236.

So, a line of stock can be traded differently on the same exchange. (doesn't happen alot, but it does happen). We treat those as 2 separate tickers and depending on the isin, they could share the same ID236.

As a consequence, the following changes need to be made to SEC-145:

Note that this is unfortunate - 99+% of the time a FIGI and a ticker symbol identify securities.  But, FIBO is an international standard, and not a US-only standard.