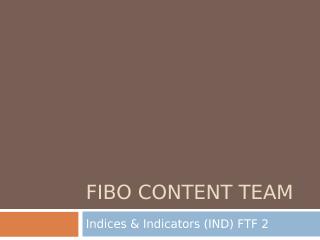 Notes from the call:

The focus this week has been on CPI – Consumer Price Index.  In that context, but with respect to the more general definition of Economic Indicator, we discussed datatype definitions in a bit more depth.  With respect to replacing QuantityValue with StatisticalValue and laying out datatypes for statistics, there are some broad classes of statistical data to consider:

Nominal Data – for definitions of concepts such as Gender, which might be enumerated/valid values that are qualitative, including Preference Scales

Interval Data – for datatypes such as integer, where you can do some calculations such as differences, but not necessarily other more complex algorithms

Statisticians focused on the mathematical side of statistics might or might not agree with this classification, but we might find something in a statistics text for experimental design – Dan will look around for a reference.  We could build this up using ISO 11404 as the starting point potentially.  (Not for the August 15th submission date, though).

Datatypes we ultimately need to represent with respect to averages include weighted averages and moving averages, for example, for chained CPI.

For CPI, we need to add the definition of MSA to what we now have (metropolitan statistical area).  The OMB defines a Metropolitan Statistical Area as one or more adjacent counties or county equivalents that have at least one urban core area of at least 50,000 population, plus adjacent territory that has a high degree of social and economic integration with the core as measured by commuting ties.  See https://en.wikipedia.org/wiki/List_of_Metropolitan_Statistical_Areas.  Note that the definition for MSA includes a CPI for small MSA and for a collection of small MSAs.

From our working session on this, earlier in the week, for CPI at BLS:

CPI for All Urban Consumers (CPI-U)

All Urban Consumers (the “CPI-U” population)

Both the CPI-U and the C-CPI-U target the CPI-U popula­tion. The CPI-U population, which covers about 88 percent of the U.S. population, covers households in all areas of the United States except people living in rural nonmetropoli­tan areas, in farm households, on military installations, in religious communities, and in institutions such as prisons and mental hospitals.

Census Bureau definition of Household / HousingUnit (which we will need when we get into the detail of some of the indicators):

A household includes all the people who occupy a housing unit (such as a house or apartment) as their usual place of residence.

Household is a standard item in Census Bureau population tables

The market basket is a package of goods and services that consumers purchase for day-to-day living. The weight of each item is based on the amount of expenditure reported by a sample of households.

We also discussed the issue of using ISO definitions in our standards, which Dan agreed should not be an issue in the way that it has become in our current discussions at OMG, but he also can understand that ISO might see OMG as a competitor and might have lawyers combing through OMG specs for violations of copyright.  He thought the process we agreed to in Orlando is a reasonable approach.  SC32 went to great lengths to make sure that several of their specifications were made publicly available, and referenceable with attribution, and JTC1 is likely a good place to start because they understand this.

Once we have the defintions for CPI incorporated that are cited above, we'll work on PPI next, then if time permits look at how to model the comparison indicators (e.g. current month vs. prior 2 months and prior year, as is done for the employment survey for household data).